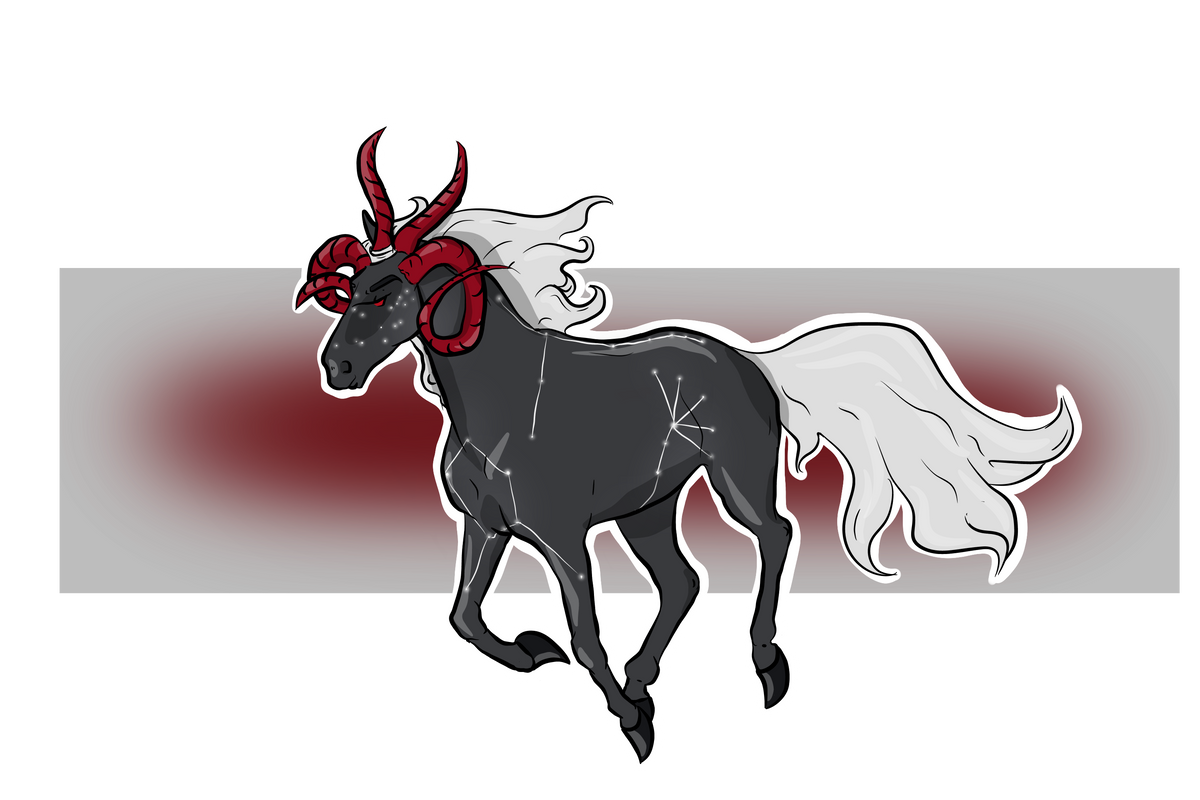 Draco was born to Litotes and Starsin in the spring. He spends most of his first year in Sylva with his mother, and goes on frequent trips to Pangea to stay with his father.

Draco meets the hellhound Despoina in the fall. He becomes instantly obsessed, but they quickly part ways. Despoina remains a pivotal point in his upbringing, though, and he thinks of her often.

Draco, being one that goes on frequent trips with his father, finds himself amidst a diplomatic visit. He, Litotes, and Aquaria discuss political relations between Pangea and Ischia, where Draco finds more and more contempt for the general population. Aquaria leaves and Draco learns nothing of diplomacy.

Draco spends time with his sister, Dove. They are often attached at the hip.

For most of Year 205, Draco remains quiet and stagnant. He laments over the disappearance of his father and lives a quite, if temperamental, life in Pangea.

Draco comes out of hiding and runs into Set, Meiilyn, and Dreamscar. He finds an interest in Dreamscar and a pleasure in Meiilyn's fright. Soon after, he meets Clarissa, and then meets Ghaul and Desire, where Clarissa interrupts. He finds close companionship in his half-brother, Ghaul, and develops the beginnings of a crush on Desire.

Ischia throws a party, so Draco and Dove decide to attend. Something strange stirs between the pair.

Felicitey, a half-sister of Draco's that he does not know about, returns to Pangea where she runs into him. Draco finds her funny, if a bit pathetic, and stores her in the back of his mind as a potentially useful piece of information. Soon after, he runs into Rebelle in the Forest, where they get into a sudden argument and Belle mildly poisons him. They part ways quickly, but Draco thinks it is not the last time he will see her.

At the very end of Year 206, Draco meets Gospel in Pangea. An instant connection blossoms between the pair. Potential romance and mutual destruction surges between them - Draco is instantly obsessed. Similarly, Draco runs into Despoina again and finds delight in her presence once again.

Draco commiserates with Ghaul over their missing father. Their bond grows stronger.

Soon after the brothers' find solace in each other, they take up a game of steals with various kingdoms, but mostly Loess. While Ghaul is successful, Draco is thwarted in his first attempt to steal - Lepis and Oceane of Loess were able to overtake him. Ghaul manages a steal of Oceane's son Alcinder, who soon wanders close to the border and finds Ilma, a nomad claiming to be a diplomat. Draco, Ghaul, the alien guardians of Pangea, and Queen Anaxarete all confront Ilma and the child, ending with Ilma being held captive in Pangea.

Draco continues to further provoke Loess, attempting yet another steal - this time of Oceane, the mother of Alcinder (who had recently left Pangea). Draco greets his captive at the Pangean border, where Anaxarete informs them both that the King of Loess has burned down an island instead of saving his lover.

Kingdom relations and ambition aside, Draco runs into yet another woman he finds interest in. This one a bit more innocent, a crush, but his and Desire's conversations is clearly layered with something more.

And then Draco is disgusting, and he sleeps with his sister Dove to create their very beautiful and perfect daughter, Midsommar (she will do no wrong, obviously).